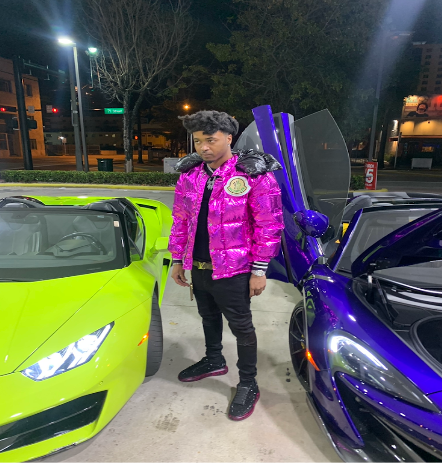 The music industry is changing rapidly as a result of evolving technology and an increased emphasis on social media platforms. Whilst streaming platforms have almost held a monopoly over the industry, platforms like Youtube and TikTok are beginning to become a hub for new music. Smaller artists have taken to TikTok to release soundbites and songs, and some have gone viral. In fact, Viberate’s State of Music report has predicted that TikTok will ‘reshape’ the music industry in 2022.

Social media platforms have created a space where consumers are so connected and close to their favorite artists. This has heightened a sense of community amongst listeners. Similarly, it has allowed artists to communicate with their fans, and form bonds with them. In line with this theme of community is artist and group, OGDuka and Eazy Money. The artist and group have used their knowledge and platform to highlight the talent in their community, and build bonds between the industry and the artists.

Trends in the Industry for 2022

AI technology in the music industry is expected to help producers and artists automate many of the complex and time consuming aspects of creating music. This would cause democratization of the music industry, and allow lesser known artists to produce their music at a fraction of the cost. Moreover, it would place less of an emphasis on record labels and studios.

Streaming services have already changed the music industry in a rapid way. Now, research is pointing to voice-input controls for streaming platforms. This would mean that consumers do not have to experience text, but rather curate their music by voice. This could make music consumption easier and more effective for consumers.

The music industry is also evolving in that western music is not the epicenter of the industry. It is becoming increasingly obvious that consumers are interested and invested in their local musical talents. This could open doors for independent artists and streaming platforms.

In years gone by, record labels were notorious for exerting high levels of control over their artists. This extended from financial decisions, to artistic vision. However, with the rise in social media, and influencers making music, artistic vision is becoming centered around the artists themselves. Consumers want to see a coherent and authentic brand in their favorite artists. There is no better way to do this, than by allowing artists to have control over their artistic vision. As a result, more and more labels are operating as a financial wing, instead of a musical partner.

OGDuka and his brothers formed Eazy Money as a way to highlight talent in their community. The group, who originate from Amite County, noticed the untapped potential in their community and wanted to give them exposure. OGDuka has used his knowledge of the industry to help further the careers of his peers, and launch himself into the music market. Eazy Money already has ties with major record labels, and wants to expand on this to further create visibility for southern artists in his community.

OGDuka is very involved in the black community, and strives to give young children hope, and help them see more in life despite their circumstances. The artist states that, “Most black kids never see places of retreat, such as downtown Hollywood or downtown brickell, for example. My team and I make sure small things such as this are accomplished, just as a basic interpretation for how life is supposed to be. If more people took a stand to bless the community, more things may start to take a change amongst the black community.” As a result, OGDuka and Eazy Money have worked to allow visibility for black youth and black artists. This highlights their efforts towards helping those in their community tap into their talents. Music is the unifying force, and their communities already have the talent that is just waiting to be given an audience.

Community is a vital aspect of the music industry in 2022. Social media platforms have necessitated communication between artists and their followers. Trends for 2022 in the music industry are set to increase profitability and success for artists and, in doing so, improve the experience for listeners and communities. OGDuka and Eazy Money have tapped into the talent of their communities to highlight them and provide them with visibility.

From the Airforce to Meta: Adam Vaughan on Travel, Diversity, and the Future