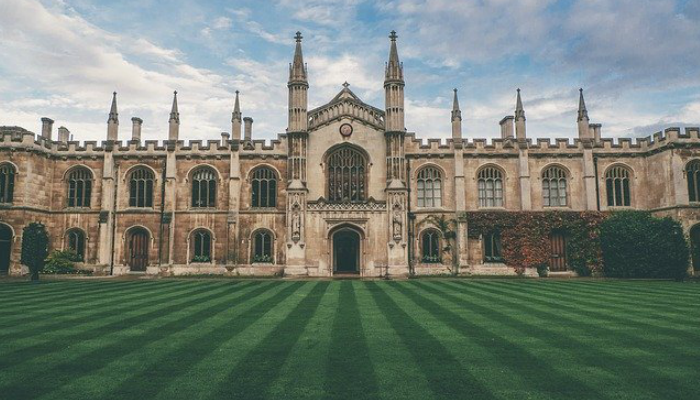 The following are some of the best oldest universities in the world.

1) The University of Cambridge in UK

The University of Cambridge is considered to be among the best and it is ranked 6th in the world. It is also one of the oldest universities (founded in 1209). Even though it is an expensive university, many native and foreign students from 120 countries choose to obtain their master and doctorate degrees from Cambridge, because it offers high academic standards and it has an excellent reputation. Today the university has approximately 21,700 students from all over the world.

2) The University of Salamanca in Spain

The oldest university in the country was officially founded by the King Alfonso IX in 1218. Even though its origins are not very clear, teaching in Salamanca University began around 1094. It is located near Madrid (around 120 miles), it offers 81 courses and it also attracts students from other countries. For example, many of its students with a doctorate degree were non-European in 2008. The University of Salamanca is best known for its Humanities Departments, but it also offers high standard programs in microbiology, neurosciences, molecular genetics and more. Its amazing location in Salamanca is a UNESCO World Heritage Site.

3) The Oxford University in the UK

The University of Oxford has a great reputation. Founded in 1096, the University grew rapidly especially in the 12th century after King Henry II banned English students from studying at the University of Paris. Many prime ministers (its alumni include 27 British Prime Ministers) have graduated from Oxford University. Listed among of its famous alumni is also the astronomer Edmond Halley, as well as the famous writer Lewis Carroll and 27 Noble Prize winners.

4) The University of Bologna in Italy

The oldest university in the western world was established in 1088 from Emperor Frederick I Barbarossa. Students studied civil and canon law for many years and more courses were added in the modern era. Back then the main focus of the university was to teach classical Roman law and during the 13th century, the Faculty of Medicine was also introduced into Bologna University for the first time. Some of the most notorious alumni of the Bologna University were the famous poet Dante Alighieri, Copernicus, Erasmus and Enzo Ferrari. Bologna university was ranked 32nd in the world for law studies.

5) The University of Toulouse in France

The University of Toulouse was founded in 1229 in southwestern France. Many courses like history and theology were taught in the university and later on faculties of law and medicine were also added in the university’s learning program. In 1969, it was divided into three different institutions. Today more than 100,000 students study in the University of Toulouse, including more than 11,000 foreign students.

6) The Sienna University in Italy

Located in Tuscany, Italy, the Sienna University is considered to be one of the oldest ones which are still in operation. It was founded in 1240 and today it’s most famous for its School of Law and Medicine. With more than 20,000 today, the University of Sienna was classifies the first in the whole country for its quality of services, study grants and structures. Students can choose from a large selection of courses and postgraduate degrees.

How to Practically and Beautifully Renovate Your Office Space

Written Communication and Why It Is Vital in Today’s World