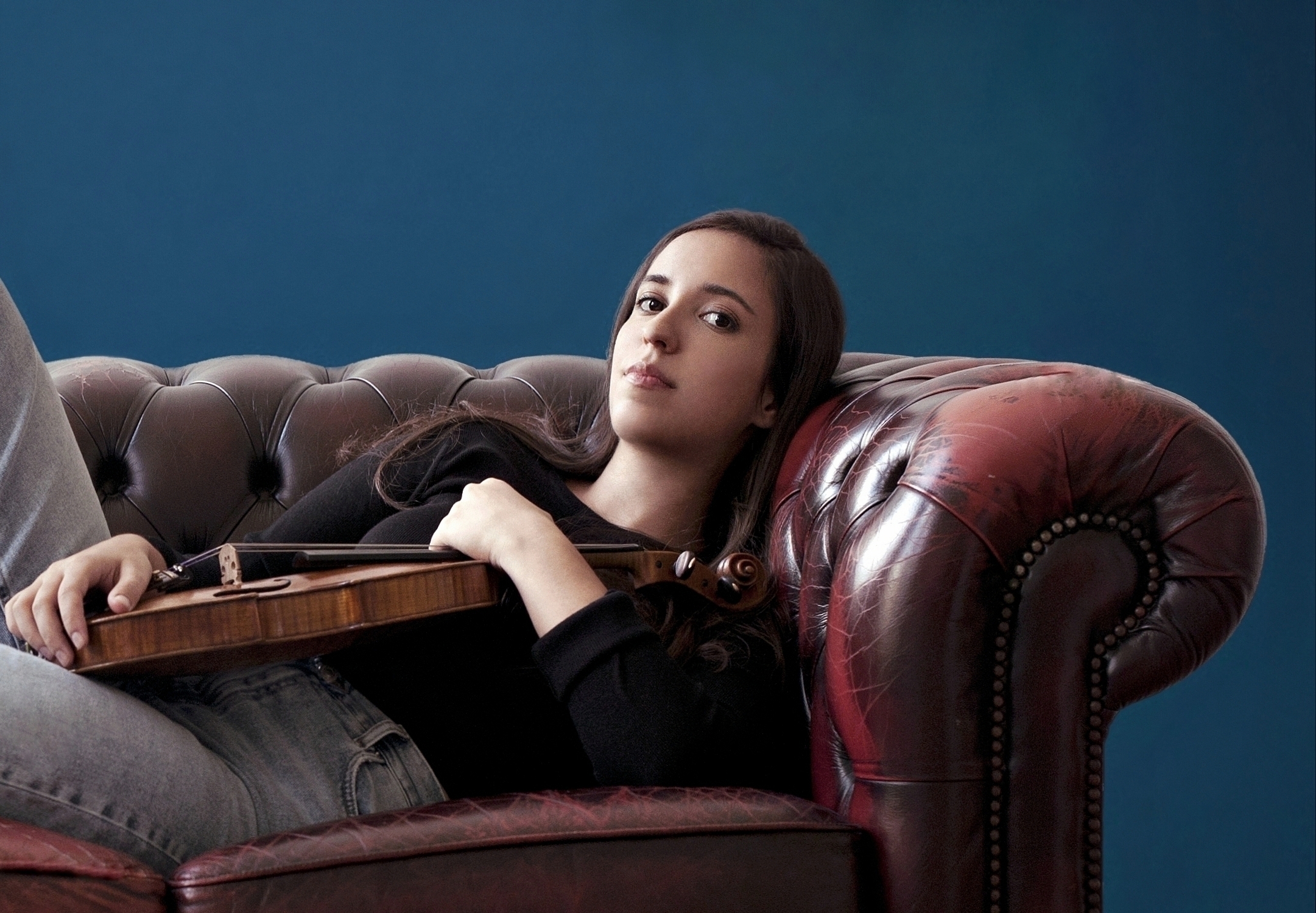 From the insides of its very core, the classical music sector has been making moves to address its lack of diversity and inclusivity.

Works by women composers are increasingly championed and more female conductors are finally at the helms of leading ensembles worldwide. Revolutionary ensembles like Chineke!, Europe’s first majority-BAME orchestra, and the Paraorchestra, the world’s only large-scale ensemble for professional disabled musicians, have made waves for the takedown of preconceptions about the talent and creativity of such musicians.

There are notable examples of talented individuals from diverse backgrounds flourishing within it, and Rebeca Nuez Suarez is one of them.

Music as a way of life

The young Spanish violinist was born in the Canary Islands into a family of musicians. At the tender age of 3, she started her musical journey under the guidance of her father, learning the musical language at the same time she was taught the alphabet. By the time she was six, Nuez Suarez began studying violin with her uncle and by the age of seven, she was already on stage.

She continued to regularly perform in public in subsequent years, leading to her solo debut at the age of fourteen with the Joven Orquesta de Gran Canaria. She moved to the Netherlands at the age of 17 to study at the Codarts University of the Arts, in Rotterdam, where she was mentored by Soviet professor Natasja Morozova, and later graduated from the Conservatorium Maastricht. In 2019, she moved to London to pursue postgraduate study at the Royal College of Music, considered to be one of the best music colleges in the entire world, under the supervision of Professor Yuri Zhislin.

In 2019, Rebeca Nuez Suarez became the first Spanish classical musician to feature in Vevo with her video clip The Furies, performing a movement from the second Ysaÿe sonata for solo violin. The international premium video hosting service is specifically designed to be the main platform for mainstream artists to share music video content with the public, featuring roughly every major artist within popular culture. Despite Vevo’s strong position in the music sector, classical music can be hard to come across under its label. While a number of international classical music stars like Lang Lang, Hilary Hahn, or Sheku Kanneh-Mason are regularly featured in Vevo, it is relatively rare for classical musicians to release music videos, and therefore to appear within the platform.

In the centuries-old world of classical music, every generation faces challenges but also makes its own mark. An increasing wave of young instrumentalists and composers are doing their bit to revolutionize their musical worlds and change the future of the classical genre.

With The Furies, and later with Malinconia, featuring more solo violin music by Ysaÿe, Rebeca Nuez Suarez has joined this generation of talented young musicians willing to challenge the exclusive and often out of reach image commonly associated with classical music.

Nuez Suarez has also expressed a very particular interest in working with contemporary composers that push the limits of the traditional and the established in the classical music scene. In 2018, her recording of the piece Alone for violin solo, composed by female Spanish composer Laura Vega, was commercially released on all mainstream digital music platforms, making her the first artist to ever record and release this work internationally.

After years of international education, Nuez Suarez has been keen to recognize the extent to which being able to develop her career has been the result of life-changing opportunities offered by her education, and she has stated her concern for education inequality. While young artists continue to push for diversity within the classical music playing field, a wider conversation regarding the sector’s urgent need for inclusivity is certainly developing underneath the sector’s most public face. Clearly, economic barriers are very important, a reality harshly brought to the limelight by a recent report from the ABRSM  that exposed the extent to which private instrumental lessons – especially on classical music instruments – are much more likely to be undertaken by those in middle and upper classes.

Punch’s takes the next step and ventures into interactive web design with Recrowdly 2.0 (Coming soon)

A Cellular Traffic Jam for Precision Medicine in Cancer