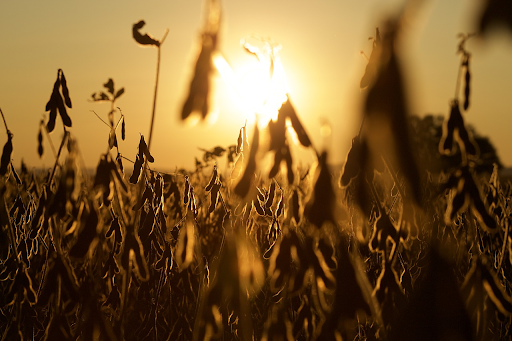 Optimum protein supply is essential for animals as the nutrient forms the basic building blocks of tissues, muscles, bones, and enzymes. Delivering the right protein levels through feeds ensures good growth, reproduction, and healthy tissue regeneration to speed up healing. Not just that, proper protein levels also influence the quality of the products derived from these animals, such as milk, meat, eggs, states a study.

Soy protein refers to the protein isolated from soybeans, a legume commonly consumed in several parts of the world. They are a concentrated form of protein with more than 60% dry weight concentration. Soy protein animal feeds have been famous worldwide due to their high nutritional value. Here we will look at seven benefits of a soy protein diet for animals.

It Is High-Quality Plant Protein

Introducing proteins through a natural and plant-based diet such as soy can be a healthy decision. Soy is a concentrated source of protein, rich in minerals such as manganese, phosphorus, and copper, enhancing the nutritional value of the diet.

Soybeans contain a small amount of 2S Albumin storage protein along with glycinin and beta-conglycinin. They are also rich in metabolic proteins like trypsin inhibitors, hemagglutinins, papain, enzymes. The soy cotyledon storage proteins form a crucial part of human and animal nutrition and are present in the right quantities in soy proteins.

It Is A Popular Form Of Protein For Animals

A study by the Yale School of Forestry and Environmental Issues suggests that almost 80% of soy grown, particularly in the Amazon region, is used for animal feed. One of the most common uses of soybeans is for oil. Once the oil is removed, the left-over soybean cake contains high-quality protein, carbohydrates, and fats appropriate for animal nutrition. Therefore a large portion of the soybean produced is dedicated to preparing concentrated and isolate protein feeds for animals.

According to the United States Soybean Export Council, a total of 56.753 metric tonnes of soy oil was produced worldwide between 2019-2020. Therefore, soy’s availability and economic viability as a protein source for animals are more feasible than any other source, making it an accessible and budget-friendly choice.

It Comes In Isolate And Concentrate Forms

Another benefit of using soybean protein for animals is several forms of processing it, such as soybean meal, isolates, and concentrates. Soybean meal or soy flour is the simplest form of this protein-rich meal for animals containing about 44% to 48% of fiber content. It is toasted under optimum heat to increase the nutritional value of the meal naturally. But the product retains oligosaccharides that might be hard for digestion in some animals.

Alternate forms of soy, such as isolates and concentrates, pose an advantage to traditional soybean meals. Soy isolate or soy protein isolate is specially prepared for feed. They typically contain over 90% protein and are made mostly with highly digestible protein to improve nutrition absorption. Although it requires complex processing, making it expensive, the high digestibility and protein availability make it a special meal for most animals.

Soy concentrates are yet another useful alternative to soybean meal that is comparatively economical than isolates. They contain about 65% protein and have been shown to increase feeding performance in many animal species.

Soybeans contain high-quality indispensable amino acids, especially lysine, that can enhance the efficiency of several metabolic functions in the body. It strengthens the immune system and supports a healthy appetite in animals to ensure proper nutrition available in the body. In the case of younger animals, these amino acids can ensure optimum growth rate and maturity.

It Is Easily Digestible

Soy contains a majority of digestible protein composition compared to any other sources. It ranks high among lysine, cystine, threonine, and methionine digestibility, making it suitable for a wide variety of animals. While the digestibility is comparatively lower in soybean meal, isolates and concentrates provide high-quality digestible protein most beneficial for animal diet.

Also, unlike animal proteins, soy proteins are less allergenic for pet animals such as dogs, cats. They are also rich in antioxidants and fiber, with no cholesterol, thus providing the ideal balanced meal for animals.

It Comes In Several Formats

Soy protein comes in a wide variety of formats including, extruded, granular, dry powders. These choices make it a simple and subtle way to introduce high-quality vegetarian protein into cattle diets. Soy protein-infused pet products are also becoming increasingly popular for dogs, cats as they exhibit high-nutritional value along with great taste.

Related Topics:AnimalsDietnutritionSoy protein
Up Next