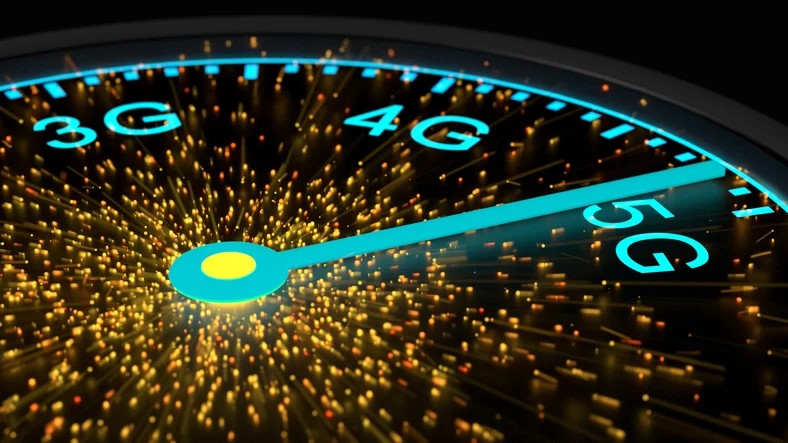 On top of 5G infrastructure, a large number of industry applications will emerge and give rise to a large number of new technologies and new business models. Previously, the Ministry of Industry and Information Technology has proposed to enrich 5G technology application scenarios in the Notice on Accelerating the Development of 5G and has made specific arrangements for the deployment of “5G +Medical Health”, “5G +Industrial Internet”, “5G +Car Networking “and other aspects of the specific arrangements for deployment. Industry insiders pointed out that 2022 is a key year for the development of 5G applications on a large scale, to promote 5G applications “sail”, is a systematic project, through the implementation of a series of projects to promote the development of 5G applications on a large scale.

On June 6, the third anniversary of the issuance of commercial licenses for 5G was celebrated. On June 6, 2019, China officially entered the first year of 5G commercialization. Statistics show that by the end of April, 1.165 million 5G base stations had been built nationwide, making it the first country in the world to build a 5G network on a scale based on the independent group network model. Entering the 5G era, 5G empowers everything to be connected, which in turn brings a lot of opportunities for many industries, including the digital ecology industry, and this platform is continuing to expand.

The Vice Minister of MIIT said that the country has built the world’s largest mobile broadband and fiber-optic network, and the quality of the national network is at or even better than the level of developed countries in the world. China is also the first country in the world to build a 5G network on a large scale based on the independent grouping model. To C, the average mobile data traffic per household of 5G users has exceeded 20GB, covering key scenarios such as entertainment games, live events, and residential services; to B, 5G has also formed several typical application scenarios, covering 40 of the 97 major categories of the national economy.

In addition, with the construction and development of a 5G communication network, terminal interaction technology represented by VR/AR, as well as edge computing and intelligent computing center, VR/AR will also surely bring a new round of technological changes, and many well-known companies have actively laid out this field. Notably, the development of 5G, cloud computing, and other technologies as well as the epidemic catalysts have jointly pushed the AR industry into a new stage of take-off. The scale of devices is accelerating in volume, content topics are getting richer and richer, and user growth is feeding content richness, AR ecology is gradually entering a virtuous cycle.

AR end products have been widely known since 2015, and nowadays, they are still an important area of concern for investment, industry, and academia. Nowadays, the entry of many companies has made the augmented reality industry develop more rapidly. For example, Meta launched Oculus Quest 2 priced at $299, which has been well received by many people; Microsoft also has its own VR/AR devices; Apple is rumored to launch relevant AR devices in 2023. With the entry of technology giants, I believe augmented reality will be a very mature industry in the future. 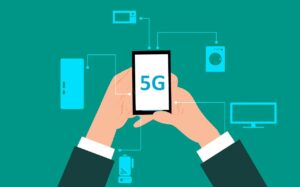 It is reported that based on the large-scale development of 5G and led by the “moderately advanced” 5G network construction policy, WiMi Hologram Cloud (NASDAQ: WIMI), a leading global high-tech enterprise, has achieved leapfrog growth, and has been promoting industrial development in an orderly manner with a comprehensive layout of technology standards and application industries. Under the new positioning and new strategy, WiMi will make full efforts in the main channel of the digital economy, taking “big connection, big computing, big data, and big application” as its main business, and realize the comprehensive transformation and upgrade of development power, path, and way. To better open up new development space and integrate into the new development pattern, WiMi is working together with all parties in the industry in the fields of smart homes, 5G application, terminal ecology, etc. to win and share, fully open up capabilities, fully docking demand, and constantly seeking model innovation to promote efficient cooperation.

5G convergence application is an important engine to promote the digitalization, networking, and intelligent transformation of the economy and society. With the arrival of the 5G era, the integration of AR technology and industrial applications is entering an accelerated period. As 5G can provide deterministic low latency and high accuracy positioning, existing AR applications based on Wi-Fi and 4G LTE will be able to provide a better and more stable experience through the 5G network. At present, 5G +AR has started to bring tangible value to users and consumers around the world and has penetrated all aspects of life, such as urban planning, education, and tourism, making people’s lives richer and their work more efficient.

As 5G is approaching, VR/AR terminals, as important 5G downstream applications, have been attracting attention in the secondary market recently. We have gradually explored and verified AR remote collaboration, industrial process operation monitoring, AI image recognition, and other scenarios, developed AR remote technical support, AI key construction step identification, and other functions, and made breakthroughs in targeted research and development. It is worth noting that WiMi is based on classic IP creation, and digital world linkage, to provide the real-world corresponding to the content of resources such as animation, e-commerce, and social entertainment. With nearly 5,000 pieces of virtual digital image IP, empowering the digital twin project, to bring customers new promotion, marketing, commercial advertising, and other multi-scene services to further enhance the enterprise, user scene AR experience.

There is no doubt that the success of technology is the driving force that propels human civilization forward. With the gradual popularization of 5G, more AR applications relying on the 5G network will appear in the future. VR/AR may become one of the first businesses to explode in 5G. As for new terminals in the 5G era, experts believe there are wearable devices, smart watches, VR headsets, AR glasses, etc. Overall, 5G will bring the digital world to every person, every family, and every organization, while AR and AI’s feature of freeing hands will bring more new applications, far beyond what current smartphone AR can provide. With the completion of 5G nationwide coverage in 2022, the development will still require joint efforts across the industry, and companies will also focus their development on new applications. It is believed that with the popularity of future technologies, a real era of change is coming.

WIMI Hologram Cloud(NASDAQ: WIMI): Take Advantage Of This Opportunity in the 5G era