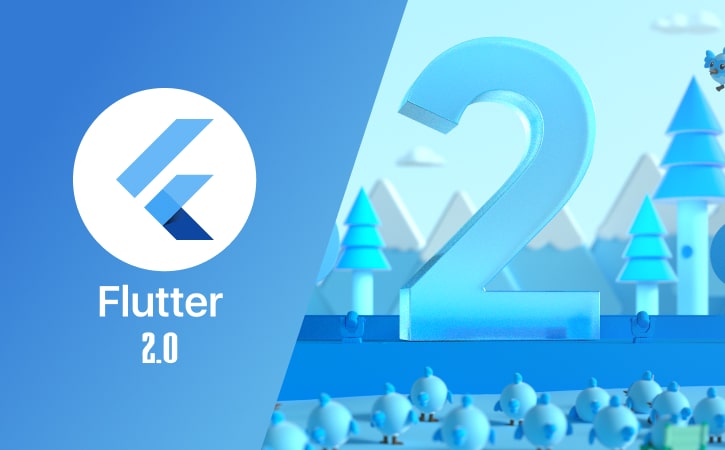 When it comes to digital developments, Google has always changed the landscape. In the field of software and mobile app development, Google has released an open-source framework in 2017, which is Flutter. Flutter lets you build mobile apps for Android and iOS with a single codebase.

In brief, a user may use one programming language and one codebase to build different applications for different operating systems such as iOS and Android. Thus, it enables its developers to save time and increase efficiency. Hence it is referred to as a cross-application developer. As a cross-platform, it opens up millions of opportunities. It also enables you to retain various dimensions of application development.

Why is Flutter on the rise?

Flutter is booming as it promotes attractive designs, seamless animation, easy navigation, and top-notch performance. Flutter is the toolbox of Google’s user interface that is used to build attractive and natively compiled applications for mobile, desktop, and web from a programming language. Hire dedicated Flutter app developers who are focused on developing applications that reach out to the end-users.

In short, it offers exactly what end-users are looking for. The usage of flutter grew like wildfire as many companies across the world are using its single codebase SDK for porting their current cross-platform apps. Hence, the demand for the development of flutter is rising fast.

Many organizations give preference to flutter as it eliminates the need to develop distinct apps for iOS and Android. Before Flutter, cross-platform app development was never this smooth because, with just one codebase of both platforms, a successful app can be built.

Flutter uses an obscure object-oriented programming language which has grown by 532% in 2018 and 2019. India, China, the United States, the EU and Brazil are the first top five countries to take advantage of Flutter. As per research, Within the next 5 years, Flutter is expected to win 60% of the application development market.

Also, it has become the second most preferred developing language in 2020.

What Made Flutter The Most Sought-after Mobile App Development Framework?

Flutter enables its developers to build dynamic mobile applications at a fast pace. Flutter is known for its Hot Reload option, which enables developers to preview the code. Thus, with Flutter it is now possible to modify the code and see the changes in the application instantly. Troubleshooting bugs, adding new features, and new experiments can be performed within seconds. The hired dedicated flutter app programmer can enhance or experiment with the appearance of an app and can immediately check the effects.

The flutter app development company operates faster and more efficiently than any other platform as the developers don’t need to write any specific code in order to achieve their objectives. A 2D-based user interface can be selected and implemented into Flutter. Additionally, The time devoted to the quality assurance process will be considerably reduced, as there is only one application for both platforms. So only one automated test would be needed, which ultimately saves time.

The objects are part of Flutter and are used for assigning them without locks. That eliminates any stuttering or UI addiction as far as benefits are concerned.

Flutter brings together mobile and web development across different operating systems with a single technology, without compromising on any performance. Flutter mobile apps activated with Google have web-based support. This Web View command provides the ability to visualize and display dynamic content without rewriting it. The most common functionality in flutter is the desktop. Additionally, Flutter supports Linux and macOS desktop software. The support of the Windows platform is being developed.

Flutter saves time and costs for enterprises, particularly for startups. flutter app development can keep you ahead of your estimated development cycle time. It arrives with numerous excellent features, widgets and tools that make your business risk-free and saves your company from all direct or indirect monetary losses.

Listed below are some crucial points that show how Flutter is beneficial for your business.

Flutter Framework has done a great job by providing an excellent framework to build mobile applications in a truly platform-independent manner. It is a reliable business solution that avoids setbacks.

Simplifying the development process, high efficiency in the subsequent mobile application, a rich and pertinent user interface for Android and iOS platforms, the Flutter framework will certainly allow a large number of new developers to develop high performance and comprehensive mobile app functionality in the near future.

3 Tips For Improving Your Technology Services

How To Run A Small Business Efficiently Without A Large Staff

Dealing With An Injury Caused By Another Party: What To Consider

An Overview About Contractors’ Insurance

A place for finance translation

What First-Time Homeowners Need To Know About Home Maintenance/Repairs