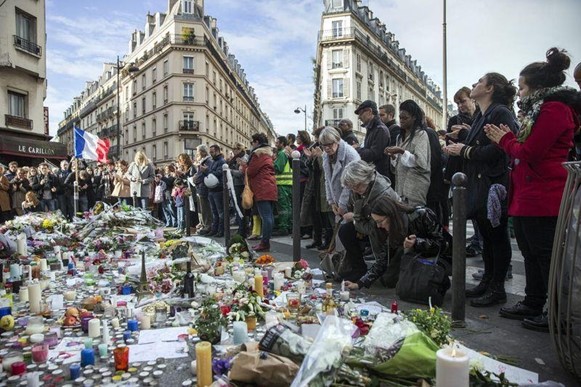 Six years ago, on 13th November, 2015, there were a series of coordinated terrorist attacks in Paris that took the lives of 130 people and injured 416 more. It was quickly dubbed “13/11” and Marc Champion asked emphatically, “France has had it’s 9/11. What happens next?”, (Champion, 2015). The attacks were concentrated in the heart of Paris but their effects reverberated all over the world.

The 13/11 Paris attack is looked upon as an international terrorist incident that is often compared to the 9/11 terrorist attack in the US. 9/11 has become a metaphor and potent symbol of terrorist attacks on nation-states globally.

There’s more to these two horrific incidents than meets the eye, however. It’s important for us to look into aspects of these tragedies in order for our nations to move forward in the right direction.

When France Stood by America

In order to understand the relationship between these two monumental events in our modern history, we need to go back and remember what happened in the aftermath of the 9/11 attacks.

Jacques Chirac, prime minister of France, was the first out of all foreign heads to meet with then US President George W. Bush. He surveyed ground zero within just weeks of the attack.

Chirac said, and we quote, “Today it is New York that was tragically struck, but tomorrow it may be Paris, Berlin, London” (Coffey 2021). Looking back, that statement was almost prophetical.

Just a year later, France was already in full support of the United States’ mission to invade Afghanistan with the goal of overthrowing the Taliban, catching Osama Bin Laden, and ending international terrorism.

France created a temporary monument to commemorate 10 years of 9/11, building a temporary monument for 9/11. The monument frames the Eiffel tower with two columns, and there’s text on both columns, one in French, and the other in English, that states, “The French will never forget” (The 9/11 Lesson 2021).There’s also the Luxembourg Gardens Memorial Oak Tree, which honors the victims of 9/11 and is a symbol of the friendship between the two countries (Memorial Mapping 2021). 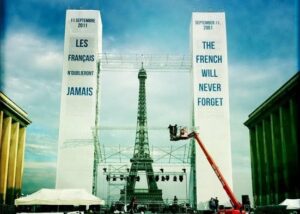 “Visually, this is a striking act of memorialization,” said Pritika Chowdhry, an artist and counter-memory expert, in an interview. The phrase “We will Never Forget” was a rallying cry after 9/11. In this temporary monument, the Eiffel tower is flanked by two structures that look very much like the twin towers. Locating a representation of the twin towers right next to the Eiffel tower in this way is a significant statement of co-memorialization,” Pritika continued.

The 9/11 memorial in the US has made several tributes to and honored the victims of the 13th November, 2015 Paris attacks, as a show of solidarity and support for the country in times of peril and instability. “The National September 11 Memorial and Museum stands in solidarity with France, just as the French people stood united with us in support of our city and country when we needed it,” said 9/11 Memorial President Joe Daniels. “In darkness we shine brightest, and together we will find strength and healing”  (Coffman 2021).

“I think it is interesting that the US is encouraging the connection between 9/11 and 13/11 by creating these acts of memorialization specifically at the 9/11 Memorial Museum” observed Pritika Chowdhry. “Seen together with the temporary monument to 9/11 in Paris, it is not too much of leap to connect the dots between 9/11 and 13/11,” Pritika exclaimed.

It is worth looking at 9/11 as a metaphor in a broad way. “The 9/11 attacks in the US have become the metaphor for international terrorist attacks. “9/11-style attacks” is a phrase that has gained increasing currency to describe terrorist attacks, such as the Madrid bombings on March 11, 2004; the Mumbai terrorist attack from November 26-29, 2008; and the bombings in Paris on November 13, 2015,” Pritika explained. 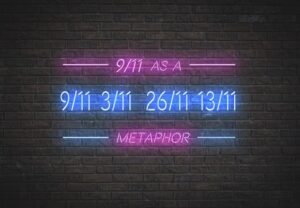 “Think about it, if somebody tells you that a 9/11-style attack just happened in xyz city, you will know exactly what is being described. It has become a shorthand for bloody terror attacks, involving jihadis that most likely die in the attack, and they use coordinated bombings, using bombs or planes, they take hostages, or cause a large number of civilian casualties,” Pritika elaborated. 9/11-style attack is a vernacular term for what Pierre Nora describes as “Monster Event” (Nora and Hildreth 1983).

Operation Chammal has an official death toll of about 1,000 middle-eastern lives, and the unofficial counts are likely much higher than that number. “This is the counter-memory of 13/11, that most people do not know about,” Pritika said in a heavy voice. 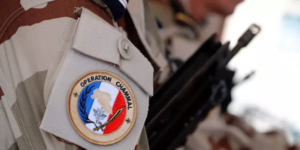 In the aftermath of the 13/11 Paris attacks, the country was in a 3-month state of emergency and all measures necessary were implemented to capture the perpetrators.

In her anti-memorial to 9/11, “Ungrievable Lives: Ghosts of 9/11,” Pritika makes a pointed reference to the Iraqi, Afghani and middle-eastern lives lost in America’s War on Terror, that are absent from the 9/11 Memorial museum (ABC 2021).

As an expert on 9/11 memorialization and counter-memory, Pritika claims,“I would contend that these 1000 middle-eastern lives that have been lost due to France’s war on terror, are the ungrievable lives of 13/11.”

Pritika is not afraid to be called unpatriotic by bringing up the millions of lives that were lost in the War on Terror post-9/11, or the thousands of lives that were lost in France’s war on terror. “Are American and European lives the gold standard of “grievable lives?” she asks. Pritika Chowdhry has posed the same questions concerning the Madrid 2004, the London 2007, and the Mumbai 2008 terrorist attacks.

Paris is building a museum in Paris to memorialize the victims of terrorist attacks. The new museum is expected to be inaugurated in the Paris area by 2027. In a surprising departure from the 9/11 memorial museum, the perpetrators of the attacks will also be included in the museum (Fournier 2021).

“That is a significant move, and I am cautiously optimistic. The 9/11 Memorial museum eulogizes and glorifies the American lives lost, and it is almost unpatriotic to mention the millions of lives that have been lost in the Middle East as a direct result of 9/11,” Pritika explained. “I am encouraged by Henry Rousso’s approach to memorialization (Rousso 2020). Sounds to me like the 13/11 museum will be more even-handed by taking a historical approach, rather than an ideological one.”

Pritika is the founder of the Counter-Memory Project (2021), the Partition Memorial Project in 2007, and she is a senior curator at the South Asia Institute in Chicago, IL. 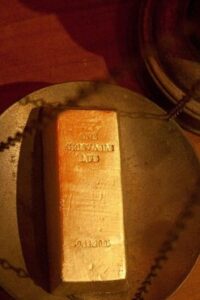 Close-up of a gold bullion bar from “Ungreivable Lives,” by Pritika Chowdhry 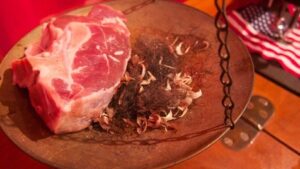 Close-up of a piece of meat with hair shavings and nail clippings from “Ungreivable Lives,” by Pritika Chowdhry

Pritika’s work has also been featured in a book called “Affective Heritage and the Politics of Memory after 9/11” by Jacque Micieli-Voutsinas,Ph.D. (Micieli-Voutsinas 2021).

These alternative modes of memorialization can help communities heal and self-reflect on such controversial and polarizing traumatic geopolitical events. The anti-memorials can sometimes be provocative, but they shed light on questions that may have been erased from dominant discourse amid nationalist rhetoric (Counter-Memory Project 2021).

The Evolution Of Marketing: How Digital Is Changing The Game

Do All Businesses Need To Obtain A DBA?