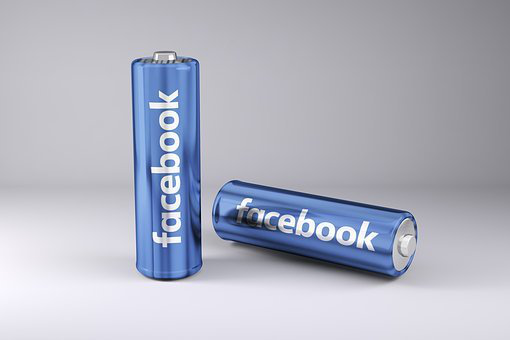 More than 3 billion videos are viewed daily on Facebook, an example like every Brazilian watching 15 videos every day on this platform alone. Impressive, isn’t it? Well today we are going to present 8 great reasons to invest in Facebook Video Ads and guarantee results within this huge slice of audience.

Facebook’s timeline is fueled by user interactions and the sharing of content people like. Now, according to a report by Brafton Media, social media and video ads were made for each other for two basic reasons: people love to watch videos online and share things they like. This explains why, according to Reel SEO research, video ads have 43% more shares. It’s that simple.

When the right message is passed on to the audience, who then identify with the content, their basic tendency is to interact. And the act of sharing, it never hurts to remember, is one of the most powerful weapons for any digital campaign, since it means a free and quality reach to circles that you would not have access to. A viralization process, even incipient, can leverage a company’s marketing or even determine a watershed in its operation.

Targeting, as with non-video ads, is an extremely valuable tool for the success of a Facebook campaign. In this social network the user needs to be logged in to access any functionality and almost always has a vast register with his information, tastes, places he frequents and so on. That way, you can specify who you want to connect with – determining sex, age, location, interest, whether you own a company, certain behaviors on the network, among many, many other characteristics. And so you direct content to those who really care.

When your brand talks to people within a well-defined audience, it can reach its full audience and, you know, videos that attract attention and generate engagement from the right people are all that a company can want.

A report by Brafton Media showed that users spend 2.5 times more time watching videos that are relevant to them on a personal level than acting in any other way online. Furthermore, it is recurring knowledge that we decide most of the purchases in an intuitive way and only after that we look for rational arguments to justify it. Now, here’s the recipe for success.

With videos you are able to reach your audience on an emotional level in such a way that only the audiovisual format makes it possible, something that we are well accustomed to watching films that move us or even a well-made TV advertisement. Unlike static images or texts, the video contaminates, moves, connects the person to the message – and thus enhances great results for the campaigns.

(4)You can abuse creativity

As you are on the internet and speaking directly to your audience, you gain a higher level of freedom to make facebook videos.

Tell a story that awakens mental triggers and empathizes to bring the target closer to the brand. Talk frankly about your solution, about the problems you want to solve. Have an intimate conversation, with your audience’s own language. Finally, create a connection that results in engagement without strings attached. By the way, there are many tools there you can use for making such videos like FlexClip, Invideo, Etc.

(5)You will sell more with video campaign

According to One Marketing Media, among people who looked for a product and watched a video about it, 44% ended up buying, reaching a final result in sales almost 90% higher. Such is the power of online video.

A finding also confirmed by the Internet Retailer, which states that 66% of users who viewed videos of the product during their purchase decision process watched it more than once and, in the end, opted for the video producer.

As you can see, video advertising has become an essential tool in any smart mix of marketing and sales strategy, and Facebook comes in handy with its own characteristics.

The website Reel SEO conducted a survey in early 2015 with major American agencies, brands and vehicles on strategies and goals in digital marketing campaigns. 87% of respondents said they intended to invest a large part of their budgets in Facebook Video Ads. And you, will you be left behind?

(7)You determine how much you want to spend

Controlling your budget allows spending to not exceed how much you have available to invest in your campaigns. With Facebook Video Ads it is possible to determine exactly how much you want to spend and make route corrections on the fly, that is, during the campaign.

In addition to the expense control benefit itself, there is also the possibility of doing A / B tests, finding out which version of the ad has the best performance. That way, in addition to saving, you can direct the investment to the best accepted alternative.

(8)The 3 seconds of autoplay

We have already covered several aspects related to interaction, storytelling, empathy and connection with the public. But one of the most interesting tools for the Facebook Video Ads campaign is simply autoplay.

By default, videos automatically start as soon as they appear to the user during scrolling, both on the desktop and in the mobile version. That way, contact with your ad is inevitable and you have the opportunity to capture the attention of your audience, increasing the results of each display.

The average time that a user takes to pass between one post and another is 3 seconds, that is, this is the interval in which the person contacts the video before deciding whether to watch it or not. This time is also the basis of measurement for Facebook to count views.

The growth trend of video ads on the internet is very large, with the market projection reaching extraordinary numbers, and Facebook is one of the main players.

Raring to reach the top of the e-commerce space with its camping gear is ‘Camping Empire.’