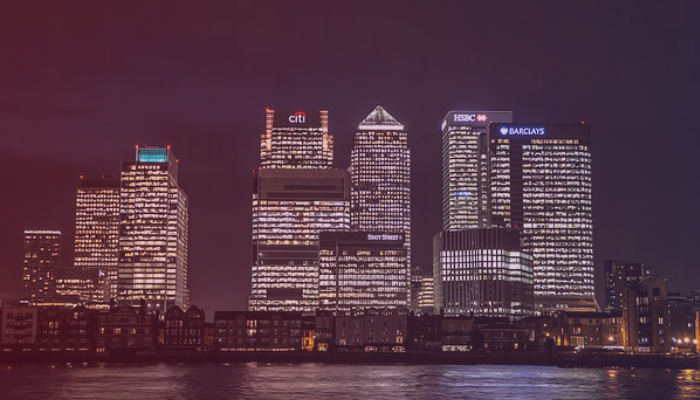 Full of historic buildings and royal palaces, London is Europe’s cultural capital. Bursting to the brim with must-see landmarks and world-class attractions, London — also known as the “Big Smoke” — attracts millions of visitors from around the world. Each year, travelers flock to the city’s shops, museums and West End theater productions. Business travelers who visit London can have a great time, too. Along with New York City, London is the world’s financial capital, full of skyscrapers that dominate the city’s skyline. Looking for awe-inspiring things to see, do and experience on your travels? You’ve come to the right place! Here are the top 10 things to do in London for business travelers.

Whether you’re in London for a couple of days or a couple of weeks, no trip to the “Big Smoke” would be complete without a visit to the National History Museum, close to South Kensington. This museum is one of the most visited in the world and is a great place to relax and take in some culture after a sales meeting or day of networking with clients. There are thousands of exhibits that span various periods of natural history, including life-size dinosaurs and interactive shows. This is definitely a must-do when you’re visiting the British capital!

Harrods is probably the world’s most famous department store, standing proudly on South Kensington High Street, one of the most expensive shopping streets in London. The store sells a wide range of goods, including clothes, shoes, accessories, and gifts. But it’s probably its food hall which attracts the most attention. This miniature market sells locally-sourced ingredients, fresh cakes, and vintage wines. After a couple of hours exploring the store’s numerous departments, you can head out to South Kensington High Street for a bite to eat. The thoroughfare is lined with world-class restaurants.

Piccadilly Circus is often referred to as the crossroads of the capital. This intersection boasts digital LED screens, theaters, shops, restaurants, and cinemas. The entertainment hub might not be at the top of every business traveler’s literary, but come here if you want to experience one of London’s most famous squares, especially at night when the interactive billboards are lit up. Piccadilly Circus is located close to several Tube stations. From here, you can walk to Green Park, one of the best-loved royal parks in the city.

Just a short walk from Picadilly Circus, Leicester Square certainly packs a punch. This is the home of Hollywood premieres, which are shown in one of the many cinemas that are located here. If you want to experience one of London’s entertainment districts, make sure you visit Leicester Square. Here, you can find tickets to some of the West End’s most popular musicals and shows, or pull up a chair at one of the cafes or restaurants and watch the world go by.

Once the UK’s tallest building — that honor now goes to The Shard, the highest skyscraper in the European Union — Canary Wharf is one of the most famous buildings in the city. Located in one of two business centers in the capital (the other being in the City, further west), Canary Wharf is a great place to network with prospective clients or start a new business venture. The Canary Wharf complex, which is full of high-rise buildings, cafes, and restaurants, is a fantastic location to visit if you’re serious about business. This is also the home of some of the world’s biggest media organizations, too, including Reuters.

Most people go to Regents Park or Hyde Park when they visit London, but if you want to go off the beaten track and avoid the tourist rush, head to Richmond Park, which is three times bigger than New York City’s Central Park. The green space is home to an assortment of wildlife, picnic spots and greenery, making it the ultimate place to come to gather your thoughts or reflect on an important week of business that you might have ahead.

Although it’s a cliche, you need to visit Buckingham Palace if you’re visiting London for the first time. This is the residence of Britain’s royal family, a building that attracts people from around the world. The structure itself is stunning, with hundreds of rooms, period details and balconies. However, if you want to avoid the crowds, come here early. Buckingham Palace and The Mall, the road that leads up to the building, can get congested with foot traffic, especially during the summer months.

Located to the north of the city, Camden Town is the center of London’s rock and grunge scenes, with a host of waterside bars, restaurants, and shops for you to explore. If you’re looking for something a little bit different from the glitz and glamor of the West End, Camden Town is the place for you. During the day, Camden Market attracts locals and tourists; in the evening, some of the freshest, most exciting bands play at venues like the Camden Palace. Fancy an evening of live music? Don’t forget to book your ticket in advance!

Chelsea is an upmarket suburb in West London, famous for its cafe culture, charming parks, and boutique stores. Come to Chelsea after a day with clients if you want to pick up vintage gifts to take back with you or sample some of the best wines in the city. Chelsea pretty much has it all and is definitely worth your attention if you’re traveling to London for business. You can get here by Tube, bus or taxi from your hotel, wherever you are staying in the city.

London’s South Bank is one of the most popular hotspots in the city. Overlooking the River Thames and the Palace of Westminster, commonly known as “Big Ben,” the South Bank is full of live street performers and musicians who entertain the crowds. This is also the location of the London Eye, one of the tallest Ferris wheels in the world. The attraction, which is open until late every night of the week, provides you with a birds-eye view of one of the most exciting cities in the world.

Written Communication and Why It Is Vital in Today’s World

6 Sensational Things to do in Dubai