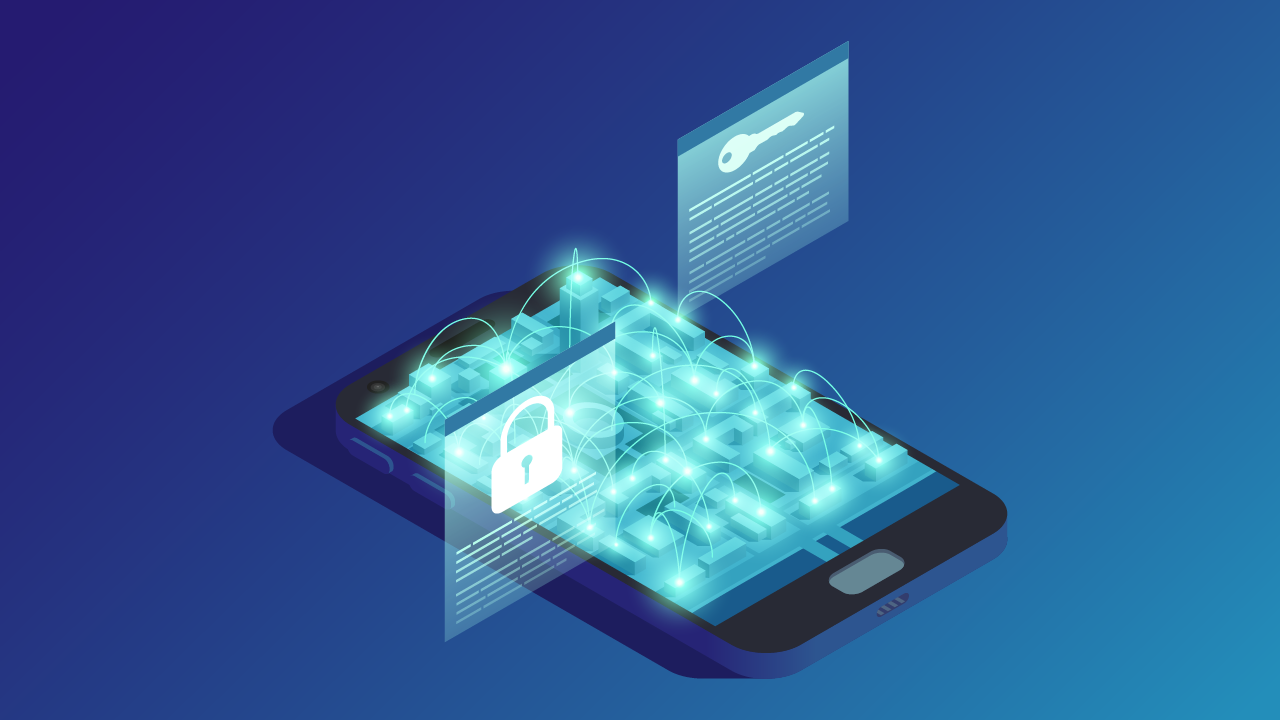 Blockchain by offering a distributed ledger system, fully validated peer-to-peer architecture for payment and transactions, a security infrastructure without involving keys and passwords and a decentralized access to data, completely transformed the way mobile apps handle data and make use of them for transactions. The biggest impact of Blockchain has been complete control on unsolicited access and data tampering efforts.

Here we are to explain the huge impact and influence unleashed by the Blockchain technology on the mobile app development industry so far. But before that let us have a look at the definition and the key ways Blockchain can be incorporated into mobile apps.

What exactly is Blockchain and how does it work?

Blockchain offers basically a digital ledger of transaction data. Blockchain term is actually derived thanks to its structure involving multiple blocks of data to save records that facilitate interlinking this data by connecting the blocks. When several blocks of data are linked this creates a chain of data blocks. This is the basic and most authentic definition of Blockchain referring to a series of interconnected data blocks.

The biggest value propositions of Blockchain include the enhanced data transparency, no holds barred access to data and fully tamper-proof data security. Blockchain unlike any other data ledger systems doesn’t allow any change, deletion or tampering efforts and hence is considered to be the safest technology to safeguard and protect data from all kinds of tampering efforts.

How Blockchain can be incorporated into mobile app projects?

Now that the value propositions and the promises of Blockchain are explained in brief, it is important to know that incorporating Blockchain technology in the mobile app projects involves some work and efforts.

In this respect it is also important to consider that all apps are not simply applicable for implementing Blockchain technology. So, first of all you need to evaluate what Blockchain can really do for your app. Particularly apps involving financial transactions, e-wallet apps, banking and financial apps, asset tracker apps and stockbroking and trading apps are ideal fit for this technology.

The second important consideration is the preferred Blockchain integration service provider for your business app. Here you need to consider the constituent factors such as choice of platforms, programming languages and networks. Lastly, you have to select a consensus method for the app to incorporate Blockchain in the mix of things. This is when you also need to select the desired configuration for the app architecture involving Blockchain.

Now it is time to explain the key advantages of incorporating Blockchain into your mobile app.

The biggest value proposition for blockchain is the nearly impenetrable data security. Blockchain apart from holding up a protocol that doesn’t allow deletion or tampering of data also offers several layers of security to the app data.

Blockchain allows access to data through mutually validated private keys and this further strengthens the data security. On top of all these, Blockchain by keeping replicas of data prevents any data loss due to calamities and other destructive scenarios.

Thanks to the advanced and completely decentralized peer-to-peer data network, Blockchain when incorporated into mobile apps ensures fully secure, fast paced, and totally reliable mobile payments without involving any contact or physical cards.

Thanks to Blockchain powered mobile payment many apps can leverage the flexible peer-to-peer mobile payments for allowing all types of transactions. Besides transparency, assurance of highest data security builds more trust and confidence for the app users.

Blockchain among other crucial advantages helps with a highly decentralised data infrastructure segregated into multitude of interconnected blocks of data that keep on communicating with one another. The best thing about such infrastructure is that it allows ease of access while ensuring uncompromising transparency by enabling validation among the users.

The Keyless Security Infrastructure (KSI) of Blockchain allows storing data cryptographically to facilitate ease of accessibility with the use of hashtags. On the other hand, this cross-user validation ruling the accessibility offers an additional layer of data security.

When the vast majority of mobile apps use highly problematic and less secure password based security to safeguard authentication data and for protecting user account credentials, Blockchain can completely replace this security measure with something more proactive to maintain security of the users.

As Blockchain-based authentication cannot be tampered or messed with, the traditional password based security looks to be weak for the purpose. Thanks to Blockchain, users can sign in seamlessly by using public keys protected through Blockchain.

By using the Blockchain technology, app developers are able to keep records of everything in a way so that any information can be traced easily in the network and in real time. Thanks to this capability, locating information within the app becomes extremely convenient and easier.

This capability particularly becomes beneficial for apps pertaining to the supply chain. By using Blockchain’s core capabilities, the entire system can be tracked to trace any item. Thanks to Blockchain enterprise apps can enjoy better traceability of items in quick time.

A boost to performance and efficiency

One of the most crucial outcomes of Blockchain implementation is the huge boost to the app performance and enhanced efficiency in carrying out tasks. Blockchain can streamline the whole process of data management besides offering quicker data driven insights across operations.

In the context of banking and financial apps this can be understood more appropriately. For example, a traditional bank transaction takes hours or even several days for certain transactions involving third parties. Blockchain in contrast can facilitate the same transaction at a lightning speed by just detecting the data across mutually validated data blocks.

Since Blockchain based transactions do not involve intermediate roles of brokers or third-parties, the entire cost corresponding to them can be avoided. Thanks to Blockchain, transactions can be cheaper as third-party exchanges can be totally avoided.

It can be safely said that Blockchain technology now holds all the major promises that are shaping the digital transactions of the future. With so many advantages on offer, Blockchain is likely to transform the future of mobile transactions and mobile payment in the years to come.

Related Topics:BlockchainBlockchain Technology
Up Next

6 Blockchain Business Use Cases You Should Know About