Getting To Know One of the Most Popular MomBoss Entrepreneurs of the U.S

Melissa Rowland (known as Melirowland) is a prominent entrepreneur, mother, lifestyle mentor, and social media influencer. Her uniquely tenacious personality has meant that she has amassed a prolific, loyal global following around the world.

This has been further propelled as a result of her significant charitable contributions towards a plethora of important philanthropic causes- such as Women’s Health, Postpartum Depression, and Child Poverty.

Below we will discuss the ‘’Unicorn Mom’s’’ unconventional path to the top of the world, shedding light on her ethos, daily life, and past struggles. 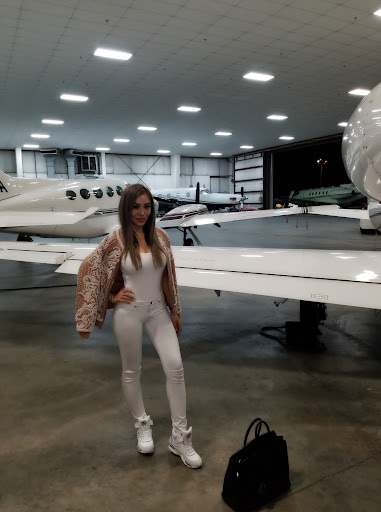 A Path of Hardship

Believe it or not, Melirowland had to overcome significant hurdles in order to become the renowned entrepreneur that she is today- growing up in an average income household that saw regular instances of domestic abuse against her mother, and even living in foster care between the age of 14 and 17.

Despite this, Melirowland financed her own Criminal Justice undergraduate degree in the California State University of Long Beach by working two jobs simultaneously (as both a makeup artist and as a law firm assistant) and eventually graduated top of her class in 2012.

After getting accepted into and commencing with her law school studies, she decided to drop out as she knew that an entrepreneurial role- that involved being her own ‘’boss’’ was definitely the way to go for her.

Through her relentless drive and seemingly limitless potential, she eventually managed to become a partner at her first partner’s firm, and then utilized her position so as to successfully launch M J Holdings in 2013- becoming a 21 year old millionaire.

This allowed Melirowland to ‘’satisfy’’ a variety of her childhood dreams- such as purchasing her dream car (white Bentley), flying on a private jet, and buying her own luxury condo, but the prominent entrepreneur’s unrivalled corporate ethos additionally enabled her to distribute her significant influence in other ways- such as by raising awareness for important human rights issues and donating sizeable capital to charities and non-profits within the U.S.

Following the tragic passing of her grandmother in 2015, Melirowland (unsurprisingly) felt extremely depressed and ‘’empty’’.

‘’It was then that I realized that I would definitely want to form a family of my own as well’’- Melissa Rowland (Melirowland).’

Approximately two years later (2017), Melirowland met with her (soon-to-be) husband, which she describes as her ‘’dream partner’’. In 2018, the couple got married in France- enjoying an exquisite wedding at Shangri-la Paris and eventually having their first healthy baby boy in October of 2019. 11 months later, they happily welcomed their second healthy son into the world (September 2020).

Motherhood and entrepreneurship (generally) do not go hand in hand. This, however, did not really concern Melissa, who knew that her multifaceted personality (and her ability to multitask efficaciously) would undoubtedly enable her to co-manage her new, loving family without having to sacrifice any part of her professional aspirations and goals.

In fact, the renowned entrepreneur and ‘’bossmom’’ has announced that she will soon be releasing her new book- titled Unicorn Mom, as well as a self-care products company that specialises in parental health (for both fathers and mothers).

When she’s not working, Melirowland greatly enjoys attending football and basketball matches courtside with her husband. Her favourite team are the Lakers, and her favourite athlete is Kobe Bryant- due to his ‘’virgo’’-like personality as well as his ‘’hardworking and passionate character’’. Similarly, Melissa loves to travel around the world with her family- particularly within Europe (where she got married) and the Bahamas (where her husband is from).

The popular lifestyle guru’s two most noteworthy idols are Angelina Jolie and Niki Minaj; this is because she greatly respects their uniquely authentic personalities- especially when it comes to Angelina Jolie and her significant strides in the spheres of both philanthropy and altruism, and consequently commonly finds herself relating to them in a plethora of ways.

All in all, Melirowland’s exciting and (quite rare) lifestyle is undoubtedly desirable, but it obviously didn’t come easy. Her hard and rigorous path whilst growing up has indubitably played a pivotal role in the formation of her strong and diligent personality, and has set an idol-like example for thousands of young teenagers around the United States who want to ‘’defy all odds’’ and succeed despite professionally their underprivileged upbringings.

Where can I buy a stylish face mask online?

Why the Internet Is Enamoured with Taylor Spadaccino