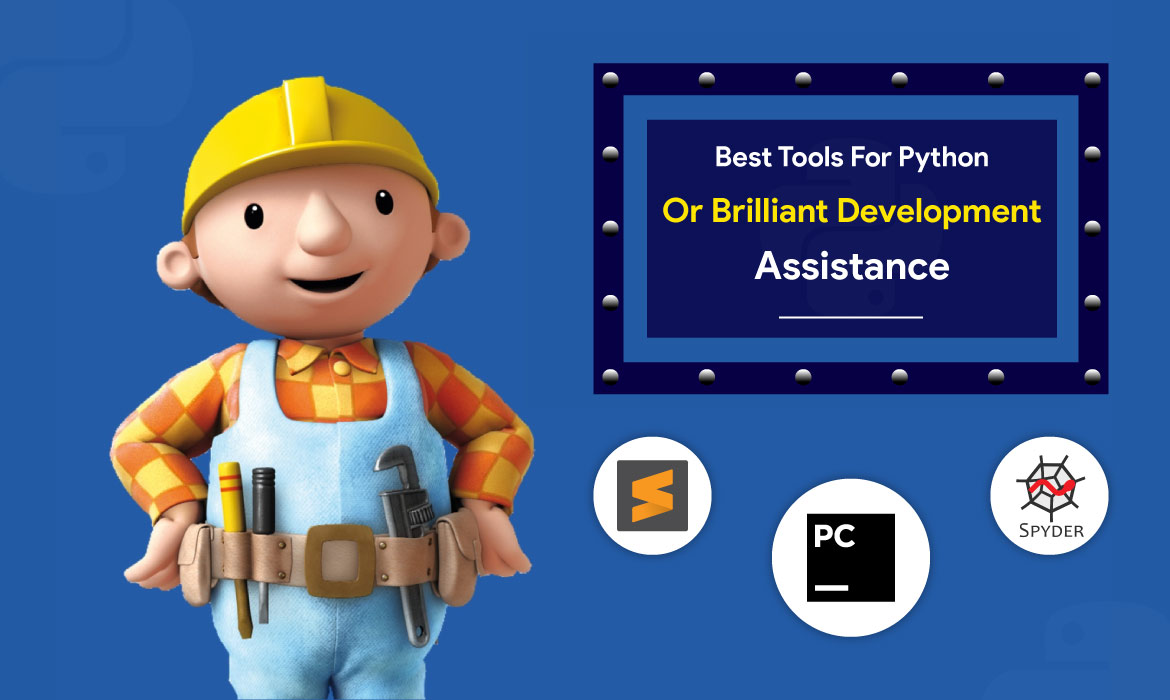 If you are a business owner or a technical professional or an enthusiastic person about technology, you would have definitely heard about Python.

Python is a powerful programming language widely used for web projects that has strong third-party support in the form of various tools. A tool is nothing but a utility that improves and augments the natural capabilities of Python when building an application. Therefore, we consider a debugger as a tool, but not a library.

Before outsourcing your web project to a developer or hiring Python developers, make sure they are familiar with these robust tools. This way you can make sure the project is of the best quality and it doesn’t take too much time to get completed.

This article reveals the best useful tools that assist to achieve tasks quicker that would otherwise take hundreds of lines of code,

Django is a free, open-source, and high-level web App framework, written in Python. It boosts rapid development and clean, pragmatic design. Moreover, this tool is mainly used for backend web Apps that are based on Python. Some of its awesome features include,

Pyramid is a small but fast web framework designed for Python 2 and 3. This would aid in building applications in a fast and smooth way. Additionally, it offers core tools like mapping URLs to code, security, and serving static assets, for instance, files like JavaScript and CSS for almost all web Apps. Moreover, it encourages standard Python development practices with,

Some of its beneficial features are,

Falcon is a solid and high-performing web framework utilized to build large-scale app backends and microservices. The advantage of hiring a Python developer who knows Falcon helps to build Apps that can work with any WSGI or ASGI server. Besides, it runs under CPython version 3.5+ and PyPy version 3.5+. The unique features of falcon are as follows,

CherryPy is one of the useful tools for a Python developer. It is an object-oriented web framework that allows the development of scalable web Apps in a similar way we develop object-oriented Python programs. Therefore, this makes it a simple-to-use Python tool in the market. Other useful features of CherryPy are,

Finding and hiring a Python developer with expertise and knowledge in these tools is a bit difficult task. However, if you desire an easy solution, go for Soft Suave’s skilled developers who are trained and have years of experience working with Python projects.

You can even test them by assigning small tasks through this 1-week free trial. In other words, before finalizing the project, you have the option to check the Python developer’s communication or logical skills, knowledge, working style for a week without any obligation.

Salesforce CRM Vs Microsoft Dynamics 365: Implementing the Right CRM For Your Business

Finance and Fitness: Marie BustinMoves Is The Mom That Does It All

5 Foods to Eat That Improve Your Dental Health

Top 10 Places to Visit While in New York City

5 Hairstyles You Can Achieve With Tape-Ins

How to Keep the Company Car Safe Off The Clock?

Insurance and Bonding: How Can They Protect Your Construction Business

A Cellular Traffic Jam for Precision Medicine in Cancer

5 Random Items Every Mom Will Love This Holiday Season

Insurance and Bonding: How Can They Protect Your Construction Business

5 Hairstyles You Can Achieve With Tape-Ins

Top 10 Places to Visit While in New York City

Finance and Fitness: Marie BustinMoves Is The Mom That Does It All

How to Keep the Company Car Safe Off The Clock?

5 Foods to Eat That Improve Your Dental Health