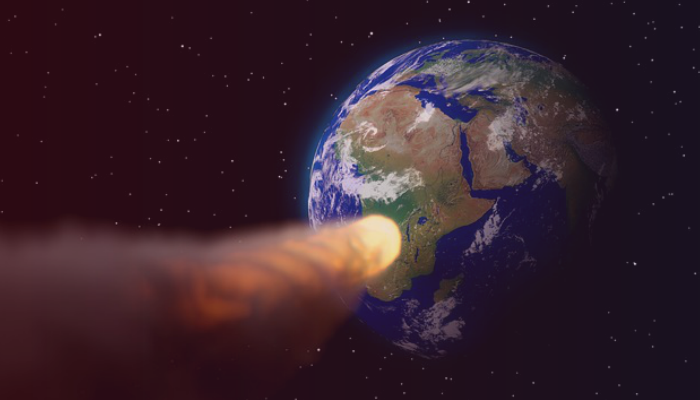 Asteroids are bodies composed of metallic and rocky materials and ranging in different sizes, from tens of feet to hundreds of miles. Most of these asteroids are found orbiting the Sun between Mars and Jupiter, a region known as the Asteroid Belt, but there are locations further out or close to the Sun.

During the end of the 18th century, astronomers were searching for the ‘lost’ planet located between Mars and Jupiter, but despite the high amount of attention received by experts, the first asteroid was actually found by Giuseppe Piazzi in 1801.

The first asteroid was named Ceres and called a planet but during 1802 and 1807, astronomers discovered Pallas, Juno and Vesta. With these, it was all too apparent that they were not planets but smaller bodies. They were classified as ‘asteroids’, deriving from the Greek meaning ‘star-like’. Until 2006, they were considered to be minor planets; now, however, they fall into the categorization of small Solar System bodies. Ceres is now classified as a dwarf planet.

Experts have been debating for years as to the origins and history of asteroids. One theory was that the Asteroid Belt was made up of the fragments of a planet that was destroyed; another was that they were fragments that wasn’t able to come together to form a new planet. At the moment, the latter theory holds more support.

When the Solar System formed from cloud of gas that contracted and rotated, smaller bodies came together to slowly create larger bodies and eventually formed into the planets. However, in parts of the Solar System the bodies moved with such speed that they could not join together. They collided with each other and broke off into smaller pieces.

In this case, then, asteroids are considered the ‘left-over rubble’ from when the Solar System was created. Scientists believe that there were many more asteroids but were flung out of their initial orbits because of the gravitational manipulation from the planet Jupiter.

Most asteroids are categorised into different groups or ‘families’ depending on the types of orbits they share, although a common origin can also influence this. The majority of asteroids are placed in the C type, or carbonaceous type, since they are made up of a high amount of carbon. These asteroids generally have a reddish appearance and resemble a meteorite known as a carbonaceous chondrite.

Another type of classification is the S or silicate type. Around 17% fall into this category; scientists believe that these asteroids have experienced high amounts of heating and melting, and due to this, have a high concentration of reflectivity.

A third group is the M or metallic type; asteroids belonging to this classification are believed to be made up from high amounts of an iron-nickel amalgamation. Scientists believe that these asteroids are essentially the cores of much larger bodies and have had their rocky exteriors smashed away from collisions with other asteroids.

In addition to this, there are several different asteroid families with more on the way. Families are composed of asteroids which orbit the Sun together, leading to the theory that they were the pieces of larger asteroids that were broken up sometime in the past.

Most people think of spacecraft ducking and diving in a region full of smashing asteroids; however this couldn’t be further from the truth. In reality, much of the Asteroid Belt is made up of empty space. Thousands of miles separate asteroids despite the high amount discovered and those to yet be.

The Galileo was the first spacecraft to come close to an asteroid in 1991, then Ida in 1993. The Galileo was originally meant to go to Jupiter but detoured on its way to go through the Asteroid Belt to study two minor planets.

Other spacecraft has gone through the Asteroid Belt; the NEAR Shoemaker spacecraft actually landed on the asteroid named Eros in 2001 and the Stardust encountered Annefrank in 2002. More ambitious missions to other asteroids are being planned in order for scientists to learn more about the use of them as building materials in space.

In recent years, Hollywood has used asteroids as objects crashing to Earth and destroying the world, either partially or totally. We know that asteroids have the potential to do some serious damage to our planet but the likelihood of this happening in our lifetime is very small. However, it is believed that another asteroid will hit Earth sometime in the future.

At the moment, scientists are unable to identify those asteroids which pose a significant danger to Earth; if an asteroid is deemed a risk, then it may be possible to reduce the threat by a small deflection.

From 1830, new asteroids have been discovered; over 400,000 have been catalogued today and 14,000 given names of their own. Asteroids are not named after the people who have discovered them; instead, they are given a number and once their orbit has been confirmed, the person who discovered them can give them a new name. Asteroid names have to meet certain rules and standards and cannot be named after recent political or military leaders.

Asteroids are an increasing interesting subject for scientists and continual studies into this matter will hopefully allow us to understand more about the universe, their role in it, and whether we can use them for future construction in space.

6 Sensational Things to do in Dubai

Social Media Strategies to Drive Traffic to Your eCommerce Site