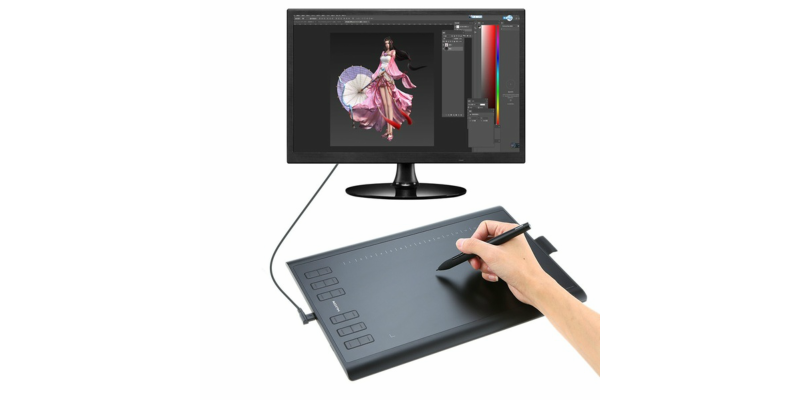 How were we living without android phones a few decades ago? Do you ever wonder since it seems many people cannot put in a proper perspective a life without their phone? The former is a salient question that presents itself when we think about the impression and influences of technology in our daily lives. Its astounding consistency to change which cuts across several sectors is enabling. And art has followed this change from the first time the cave men scribbled on the walls of Lascaux to when Michelangelo made the first sketches of the Sistine Chapel paintings. The way we create and sell Contemporary art has taken a drastic shift from the traditional to a more radical approach to the creative process, and this has been feasible through the influence of technology.

In November of 2018, ART-X Lagos exhibited A multimedia experience called ‘Mad Horse City’ which explored a futuristic imagination of Lagos in the year 2115 consisting of a graphic novella, a series of imaginative vignettes and a set of virtual reality (VR) environments created by Olalekan Jeyifous and Wale Lawal. According to ART-X, it was an experience which “Guests time-traveled to a new reality of the city of Lagos and were enchanted and intrigued by the stories of the near future”. Amazing right?

In October of 2019, at the EKO ATLANTIC Lasmara hit the Nigerian art scene with their spectacular maiden edition of ART meets Technology, featuring over 100 artists from different African countries. Virtual reality, Animation, 3D Art, contemporary explorations, traditional paintings etc. According to a statement by the founder Hana Omilani in an interview with Sun news she said:

“I believe that the tech sector has huge creative potentials that are not exposed, especially in our African market. There are some creatives in this sector who are working that nobody has heard of, but they are artists in their own right. He further noted: “Technology for us at Lasmara is very vital. If we are left behind as an industry in the tech sector that means our traditional artists will be left behind even more. So I want us to be connected to that –to showcase our artists in the tech sector but also to use it as a tool to promote them.”

Technology had always had an artistic thrill to it. For it involves knowledge, creativity, and applying these to solve specific human problems using machines. Before the machines where simple tools and pieces of equipment that accelerated work, and this narrative made people compare art to technology and technology to art. “It seems that for every area of our lives there is a digital equivalent and the financial sector is perhaps the most important of these areas” reports the technology news website Techbullion.com. However, it is not only in the financial sector, but the art sector also is not left out.

A few years ago, the visual art in Africa, especially in Nigeria, had always followed a one-way traditional trajectory. Traditional paintings and sculptures have been accepted more than their digital alternatives like photography and digital paintings, sound art, and installations. This is because most patrons and collectors of art in the continent are more of the 2nd generation elites and still have reservations on works that are technologically influenced. Africa has had its taste of material and ideological shift from the usual to the avant-garde with El Anutsui acting as a perfect bridge that links the modern to the contemporary with a high creative level of experimentation, material exploration, and a subtle deviation from the traditional. Then followed artists like Ndidi Dike, Sokari Douglass camp, Peju Alatishe and from the younger generation Dotun poopula, Enerst Nkwocha and a long list of others going full contemporary.

This shift in conception and creation is happening in its time, although with the number of artists into full experimentation growing by the day in the continent, digital art seems a little too new, and off the grid, and most people are yet to wrap their minds around it.

But there is a new wave of appreciation and promotion of digital art that has sparked a lot of interest among younger generation artists since there are a growing demand and gigs for digital works, plus the exhibition of some of these works at Nigeria’s premier international art fair- Art X and Impact Art fair with their Art meets Technology Exhibition.

Consequently, this movement had lured and created lovers of art from other sectors into appreciating the terrific creativity of artists from Africa. A perfect example is local game developers, tech giants, app developers, digital Tutors, and teachers, as well as animators. It was Sindika Dakolo, with the largest collection of contemporary art from Africa that has once stated that:

In the movement to develop and widen the periscope of artistic aesthetics in Africa, all other outgrowths of the contemporary should be given a space to show us new ways of experiencing and appreciating beauty and intelligence. It would be a satisfying experience to attend a typical Lagos exhibition and see works that were created digitally been exhibited on the same grounds as traditional works of art.

“People often connect creativity to writers, musicians, sculptors, or painters, etc.; people who can create new pieces of art. However, the truth is the creativity is the power which all humans carry within themselves. Every time we manage to find a connection between seemingly unrelated things and use that connection in order to develop something new that is creativity.

Innovation, on the other hand, is a process of applying better solutions that meet new requirements or existing market needs that nobody yet managed to see through. Simply put, when a market is moving slow and needs a little push, it’s innovations that give that market a push forward. For example, when a hand plow was not enough to meet the needs of farmers, the tractor came along to scale the farming industry”.

There are artists in the continent who had managed to give the art industry in Africa a new dimensional and innovative look in the aspect of using technology and made it to the international art space. A beau idéal would be Emeka Ogbo with his spectacular imagination and the creative evolution of the sound art. Bright Atakwame and his digitally painted, political and satirical cartoons. These two quickly come to mind. There are many others whose works deserved to be explored.

When the camera became popularized in the 18th century, there was fear that it would take over portrait painting which was the only way of getting one’s image done in the past, but over time, it was obvious to a lot of people that the camera cannot erase the human touch. Call it a God-hand. But instead, they co-existed side by side, in fact, the camera instead of erasing the artist’s works accelerated them and the working process. Nigeria had its Creatives who through their numerous works made photography an art profession. Artists like Don Barber, Uche James Iroha, Emeka Obi and a long list of others.

Importantly, there is a kind of encouraging evolution in the art of animation in Nigeria. With the introduction and continuous use of drawing tablets like the Wacom Intuos, there is a significant change in view. Many comic illustrators are going purely digital as opposed to traditional hand drawing, book illustrations, and some other drawing exercises. The influence is more prevalent in the graphics art industry. Even though many artists are beginning to experiment and delve into digital painting and experimentation. We are looking at a time when there would be a complementary overhaul of digital creativity and traditional exhibition spaces. We are also looking at a time when gallery owners would begin to appreciate and bring digital painters and illustrators to exhibit and show that these changes are also happening in the continent.

All these influences are possible because of the way African Creatives are beginning to leverage the benefits of Technology. Soon we may start Tokenizing art and experimenting with the potentials Blockchain technology may have to offer to contemporary art from the continent.

7 Important Skills That Will Help You Sell Your Art Better

6 Important Social Networks beneficial to Artists, Creatives and Creators for 2020.