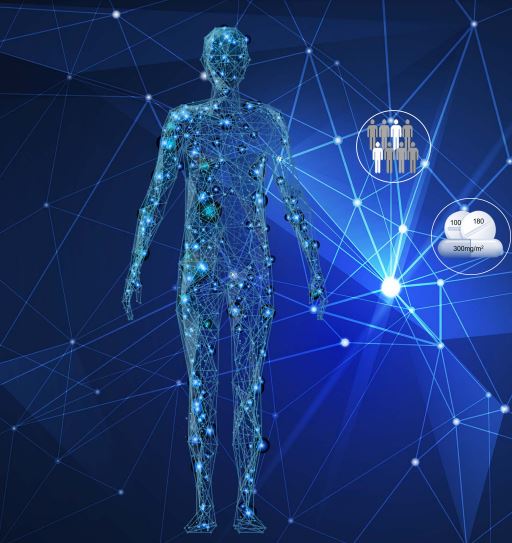 With the introduction of targeted therapies to treat cancer cells, including the use of companion diagnostic tests to identify which patients are most likely to benefit from the treatment, the promise of precision medicine is being seen now more than ever before. For years, scientists have been aware of individual cancer cell’s ability to metastasize, which leaves a tumor and the cells start to migrate to distant parts of the body via the lymph system and bloodstream. Doctors have long been provided with tools such as radiation and proton beams to fight off cancer cells. Genetics has contributed immensely towards cancer therapy, with a number of studies pointing to the considerable number of tumors that are resistant or develop immunity to drugs that target genetic defects, this is due to alternative pathways being activated to trigger a replicating mechanism that the drug should actually ablate.

These compensatory effects are often the result of new connections from proteins within the cell. These are established in order to elude the effects that the drug is intended to have. Cancer cells have a finite capacity for the number of connections proteins within a single cell can that can be created, as discovered by Joshi et al. The paper explained that tumors can be pushed into this state with maximal protein connections. When in this state cancer cells cannot activate alternative pathways. This in turn forces cancer cells into a state where they are highly vulnerable to therapy due to having no alternative path to escape the treatment.

To put the idea into perspective, when observing our road infrastructure, we recognize that there are a fixed number of roads. This means that in the instance of a traffic jam occurring on a major roadway, automobiles are going to be required to seek alternate routes but when all alternatives are blocked as well, vehicles will now have not substitute routing and will therefore be forced into a standstill when they realise that rerouting is impossible. For motorists this scenario is one of dread but for the treatment of cancer, it is great in terms of applying therapeutics. This means that cellular traffic jams, in terms of cancer treatment, can be created pharmacologically with drugs that are now in-clinic.

Most pancreatic cancer cells are notorious for having common activating defects in the KRAS gene which leads to uncontrolled tumor cell proliferation and survival. This results in drugs such as Pimasertib, Trametinib, Apitolisib and Torkinib which target the genetic defect to prove ineffective in treatment of pancreatic cancer and have as a result failed as a single agent in this setting. Nevertheless, when pancreatic tumor cells were forced into a cellular traffic jam via the use of the drug PU-H71 (Zelavespib), they became responsive to the drugs used for their treatment.

Joshi et al. has shown that around 60% of all tumors studied, regardless of their origin or type, are responsive to the traffic jam approach. This provides a new approach to the treatment of cancer that is based on the properties of cellular networks as opposed to relying on genetics or epigenetic defects. The shift in treatment could set a new precedent for future therapeutic advances in cancer as well as in non-cancerous diseases, to improve the efficacy of pre-existing drugs by utilizing cellular networks.

Tumors that are responsive to cellular traffic jam treatment can be detected via PU-PET scanning, which has already been verified and credentialed in-clinic. This means that patients may be selected for the treatment based on whether or not they test positive on the PU-PET scan, which successfully acts as a type of personalized medicine that is becoming renowned in clinical therapeutics.

Traffic jams may be your everyday PET peeve, and cancer cells feel the exact same way. With this approach to fighting off cancerous cells, pre-existing medications that once showed ineffective due to resistance now have the ability to perform their intended task. By forcing cancer cells into a corner with no alternative route they become drug sensitive and easier to treat. Which just goes to show that some traffic jams may actually be beneficial to your health and aid in lifesaving treatment.

The Evolution Of Marketing: How Digital Is Changing The Game