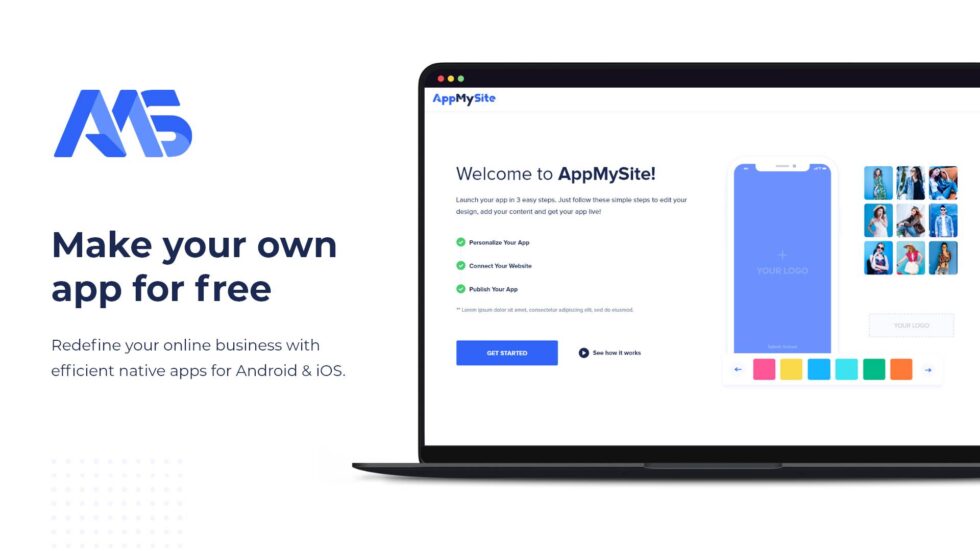 Making your own app is a long and tiring process. Even when using a free online app maker, the process is still taxing.

The need to make an app live on both Google Play Store and Apple App Store make the process even more difficult.

The journey doesn’t stop at development either. Talk to anyone who has experience of bringing an app to market. Read case studies and listen to the stories of successful and failed entrepreneurs. One common theme you’ll find are the great challenges after the launch of an app.

Pre-launch perceptions and the bubble effect

All dreams of an app startup begin with an idea.

Entrepreneurs first develop an app idea to the point where they can visualize the important screens. The next step is development and finally launch.

During development, entrepreneurs and the team building the app create a perfect image of the app in their minds. They understand the ecosystem they’re creating and seldom find a reason for concern.

This is a perfect encapsulation of the bubble effect. Entrepreneurs overvalue their app because they only see their vision. The inability to understand the target audience invariably leads to failure.

The solution? Always look to the future. 29% of users abandon apps immediately if they do not provide any real value. Companies developing mobile apps cannot be lax and get caught in a bubble.

They must have a plan for their app when they come to market.

What should you do after your app launch?

You need to have a plan in mind before your app launch. Many entrepreneurs go into their app launch blindsided to the challenges on the horizon.

Some even harbor the illusion of going viral within a matter of a few days.

The following sections provide real insight into bringing an app to market. Readers will learn how they need to create the right conditions for unfettered app growth.

Launching an app doesn’t just mean making it live on an app store or writing a social media post. There are two primary options generally associated with the question of launch strategy.

Entrepreneurs can either choose a stealth launch strategy or a public rollout.

Let’s assume you’re using a WordPress to Android app builder to make your own app. When you first launch your app, your users point out serious bugs and design deficiencies.

You naturally pray that more people don’t notice your bugs as you work to rectify them. To have the luxury of failing in isolation, you need a stealth strategy.

A stealth rollout is ideal if you’re not confident about your app. This is similar to rolling out a beta version of a software to remove any bugs in its build. The only difference is that a stealth rollout is a precautionary measure, not a technical choice.

There are other situations where a stealth launch is a good idea. If your app idea is not as defensible as you’d like, there is a good chance competitors with greater resources steal it. A stealth launch enables you to fly under the radar and not invite the glare of your competitors.

A public launch is a good idea when you have the technical resources to launch a bug free UX-optimal app. You can gather app downloads quickly with this choice and use incoming feedback to enhance user experience.

A plan to hit the right audience

It is not an understatement to say that entrepreneurs don’t think about app marketing from the beginning. They tend to believe that their app and vision will be enough to sell itself and spread like wildfire through sheer word-of-mouth.

This almost never happens. Even Facebook didn’t become an immediate hit after launch. It first created a large base of users amongst college students, its primary audience, before rolling out for the public.

Facebook managed to identify its primary audience well and had a plan to reach it.

Entrepreneurs coming out with an app need to have a clear plan on how they’re going to reach their target audience.

The best part about marketing is that every company can discover its own unique way to get results. There are enough examples of companies doing things differently to reach the right audience. The key part is identifying the right audience and coming up with a plan to reach it. Using mobile app analytics tools to find the right audience is a great way of accomplishing the same.

This can include a wide range of subjects from channel selection to content creation. All these things must ultimately attract people to the brand and the app.

Great entrepreneurs do their best to avoid failure, but have a plan to face it.

Failure is common in an open market where everyone is competing. Even the biggest companies and most talented people fail on the big stage.

As an entrepreneur, you must prepare yourself for any failure that may arise in the app user experience, marketing, and so on. Furthermore, you must be quick on your feet and find solutions to these failures.

It is naturally difficult to even consider the prospect of failure during app launch. However, this is a cross entrepreneurs must bear and always be prepared for things to go south.

This piece provides an insight into the three things you must do after the launch of your app.

Your app journey cannot end at creating an app. This is true for those developing an app with code to others using a convert WooCommerce to app builder for Android.

Your app launch will be succeeded by a mad dash to make it relevant in the market. Preparing for post-launch challenges is crucial and a prerequisite for finding app success. The sections above highlight some areas entrepreneurs must start looking at before launch.

Are users uninstalling your app? Find the possible reasons and solutions

10 Free Online Tools You Should be Using