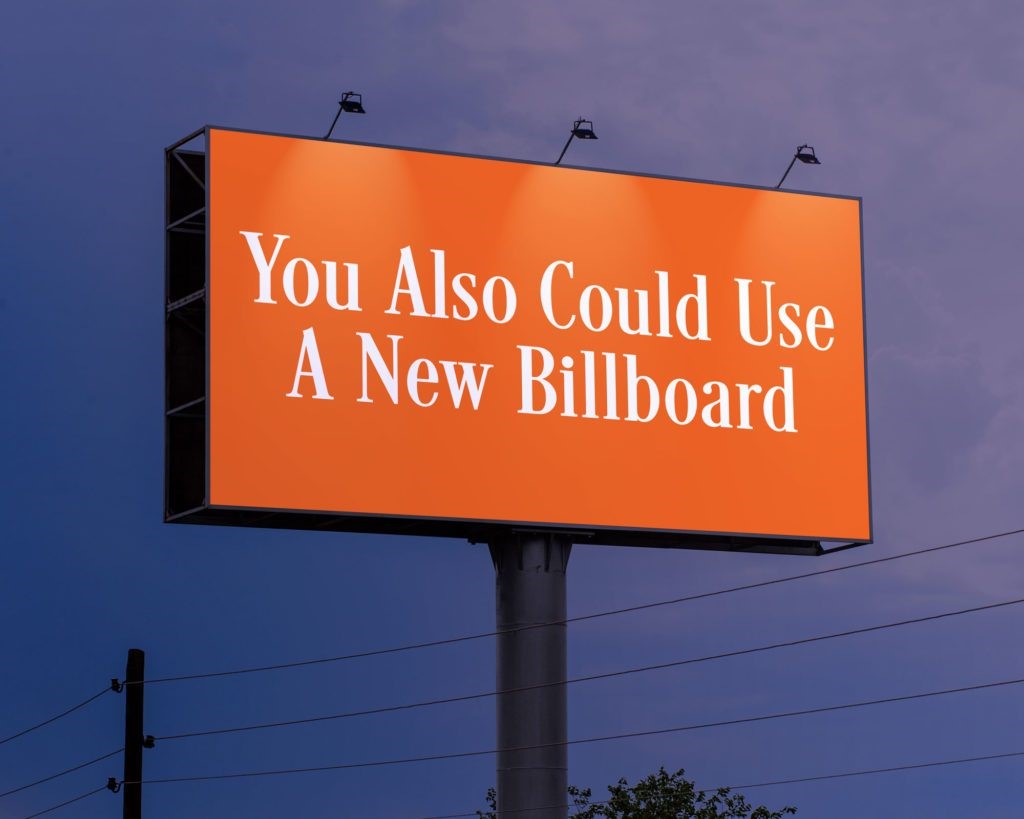 If you’re looking to expand your law firm’s reach and visibility, investing in a billboard marketing campaign can be one of the best strategies to help grow your business. Billboard marketing has been a popular method for companies to promote their services for many years. It’s a great way to reach potential clients with an eye-catching message, and it’s an effective way to make a big impact in your area. With this guide, you can learn how to use billboard marketing to boost your law firm’s visibility, draw in more clients, and increase your profits. We’ll cover the basics of billboard marketing, the benefits it can offer your firm, and tips on creating an effective campaign. But first we spoke with Brantley Davis, President of Brantley Davis Ad Agency.  His firm buys billboards across the country for personal injury law firms.  We asked him the most important question of all about billboard marketing:  Are billboards cost effective?  Davis answered emphatically,

“Yes, billboards can absolutely, positively be cost effective.  We see billboards pay off for our clients every day.  But the locations have to be optimum, the message clear and no more than eight words should be featured on the billboard.”

Davis relayed a recent real life example of billboard marketing paying off.  His firm launched a 15 board showing in a major western U.S market in November.  The boards were strategically located in the law firm’s primary market on major thoroughfares.  Cases ticked up by 25% by the end of the month.  And in December cases were up nearly 50%.  Davis noted this particular firm was also running substantial SEM and TV advertising but those budgets didn’t change.

What is Billboard Marketing?

Creating a Successful Billboard Campaign for Your Law Firm

To create a successful billboard marketing campaign, you’ll want to follow a few key steps. Before you launch your campaign, you may want to do some research on popular billboard advertisements in your area. Looking at what others are doing can give you some insight into what works and what doesn’t. You can also check out some best practices for creating an effective billboard ad. Once you’ve got a few different billboard ad ideas in mind, you’ll want to create a mockup of what your billboard might look like. This will give you an idea of how the billboard will appear, and it can help you decide which ad to go with. Once you’ve created your mockup, you can then find a billboard company to partner with. Once your campaign has launched, you’ll want to track your progress and make adjustments as needed. This can help you track how well your billboard is doing and make any necessary changes to boost performance.

Where to Place Your Billboard Ad

Other Advertising Opportunities to Consider

If your law firm is looking to invest in billboard marketing, you may be wondering if it’s worth the investment. This type of advertising can be costly, so you’ll want to make sure it’s worth the investment. You can also consider investing in other types of outdoor advertising, such as bus advertisements, to help promote your law firm. These types of advertisements can be effective at reaching a wide audience and can be relatively inexpensive. They can also be a great way to supplement your billboard advertising.

Things to Avoid in a Billboard Ad

Billboard marketing is a popular form of advertising that can help you reach a wide audience and grow your law firm’s visibility. This type of advertising can help you attract more clients and boost brand awareness, and it can help turn potential clients into paying customers. To get the most out of your billboard advertising campaign, you’ll want to invest in a high-quality billboard design and place it in a busy area. You can also consider investing in other types of outdoor advertising, such as bus advertisements, to help promote your law firm. When you invest in outdoor advertising, you’re reaching a wide audience and increasing your law firm’s visibility. This can help you attract more clients, grow your business, and boost profits.